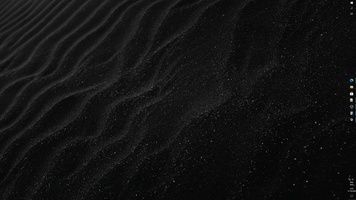 Advertisement
TaskbarX is a tool that lets you move and place Windows taskbar icons wherever you like. By using a pretty intuitive method, it will barely take you any time at all to move the different programs to the center of the screen or the edge you want.

In TaskbarX there are different options that let you easily move the taskbar around. In fact, the program has different animations that you can use to give your icons and taskbar background a more pleasing look. however, if you don't want to use up any more of your PC's resources, you can also turn these movements off.

An important feature to keep in mind is that TaskbarX has a series of built-in styles that you can use to customize the taskbar, such as changing the opaqueness, changing the background gradient or making it transparent.

TaskbarX is a tool for Windows that will help you to organize your desktop quickly and intuitively with a range of customization options and a taskbar that you can place anywhere on the screen.

FontViewOK
Take a quick look at your fonts.
DesktopDigitalClock
Textify
Copy any text to your PC
Earthview
Beautiful Earth views on your desktop
Monitorian
DesktopOK
Restore the position of the icons on the desktop
AquaSnap
Power up Windows 7 AeroShake and AeroSnap functions
Epic Pen